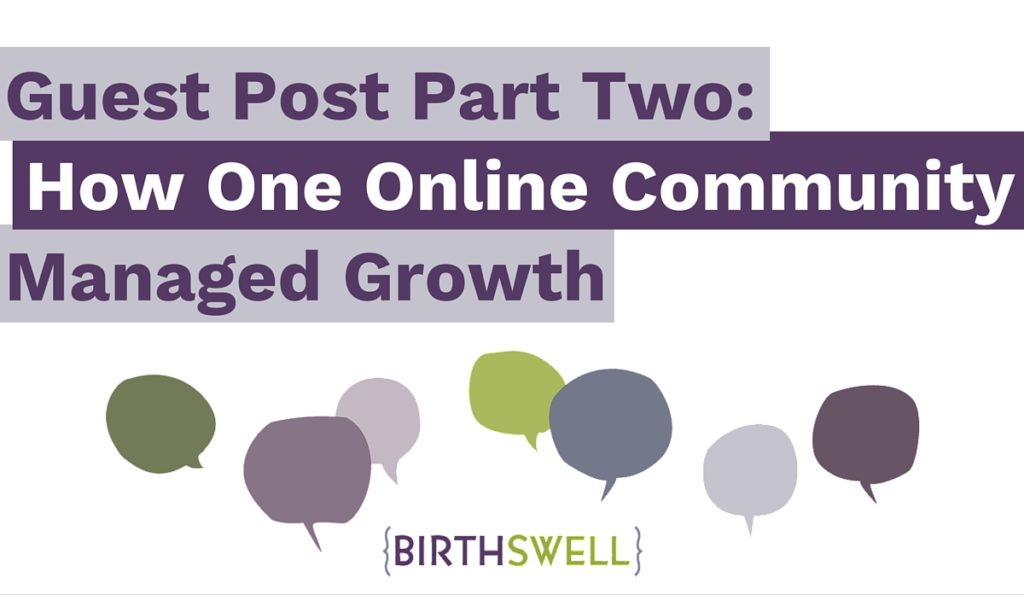 This past July saw an influx of mothers who planned a natural hospital birth that ended in cesarean. The group’s guidelines have always stated that membership is only open to mothers who planned out-of-hospital births, but because of the way Facebook operates, there is no way to actually vet a person’s membership request. Occasionally, women sent personal requests to join even if they weren’t homebirthers. I would allow them into the group because I wanted to offer them community.

The anger, jealousy and deep mourning that some HBC mothers share can be uncomfortable to witness. Representing an undesirable birth outcome, they often feel blindsided, marginalized, and robbed of their initiation into motherhood. These women desired a space that was just for them, a community where everyone understood that their pain and raw emotions didn’t require justification.

Hospital birthing mothers began arguing for their right to the same support around what they felt were also deeply traumatic birth experiences. Members began comparing their experiences, trying to show how they were equal or more traumatic than another mother’s. Members grew angry, contacting admins, and in some cases exiting the group.

Out of respect for the community’s sacred space and varied levels of healing, we opened the group’s membership policy to an anonymous vote. Admins posted a Google survey that required each person to provide a reason for her preference. When the vote closed, 10% of members participated. A large percentage asked to limit membership to only women who planned out-of-hospital births. One mother had this to say:

This is the only place I have found that the women I’m connecting with 100% understand how I’m feeling. Every other day of my life I’m surrounded by the rest! There was such a sense of safety to this group. I’m honestly not sure that I will stay if the group continues to be open. I felt a little betrayed when I found out that you had been letting non homebirthers join….

In response, admins closed the group to mothers who didn’t plan out-of-hospital births, directing them to other online resources. While not every member, or even each admin, agreed with this choice, HBC has always been a self-governing community. We believe it functions best when it respects the needs of its members. We hope to continue cultivating a safe space by listening to what HBC mothers have to say, and respecting their feelings.

Courtney Jarecki is an HBC mama and author of the upcoming book, Homebirth Cesarean. In an effort to advance the conversation around what empowered birth means in our time, she is the co-founder and Executive Director of Homebirth Cesarean International (HBCI), a nonprofit seeking 501(c)(3) status. Prior to her own HBC experience, she worked as a childbirth educator, birth and postpartum doula and was a homebirth midwifery apprentice. For info about support, upcoming workshops or speaking engagements: info@homebirthcesarean.org or Homebirth Cesarean International (HBCI).

For more than five years, Jeanette McCulloch of BirthSwell has been helping professionals and advocates build businesses and organizations, change policy, and spread your birth genius (and breastfeeding and MCH genius) through strategic digital communications.